A Brief History of the Harbour Cottage Inn Bed and Breakfast

Originally called Prospect House, The Harbour Cottage was built near the steamboat landing on Clark’s Point in 1870 by Deacon Henry H Clark, as an expansion of The Island House, the first Summer Hotel on Mt Desert Island, built in 1859. Clark began his hotel business by taking into his home the first occasional tourists who came to the island for a short stay. He gradually enlarged his house until in 1885 when it was entirely remodeled. After his death the Island House was torn down but the Island House Cottage, as it was then called, remained. Located adjacent to the original inn this stylish mansard-roof building gave the welcoming appearance of a fashionable home of the period. In his 1878, Handbook of Mt Desert, B.F. De Costa described the cottage as having “ twenty two rooms, all well lighted and ventilated, furnished with spring beds. The halls and piazzas are wide and airy.” After the closing of The Island House, the Island Cottage became a private residence and after serving as a home to 2 prominent Southwest Harbor families, for several years, it became an inn once more as it remains today. The inn, as it now looks, was totally remodeled in 2001 and was renamed The Harbour Cottage. Take a moment to see the original “Island Cottage” sign as well as an early photo of the inn in the living room near the bookcases.

Stay with us and become a part of the developing history of this home for the 21st century, more than 150 years after its original construction. 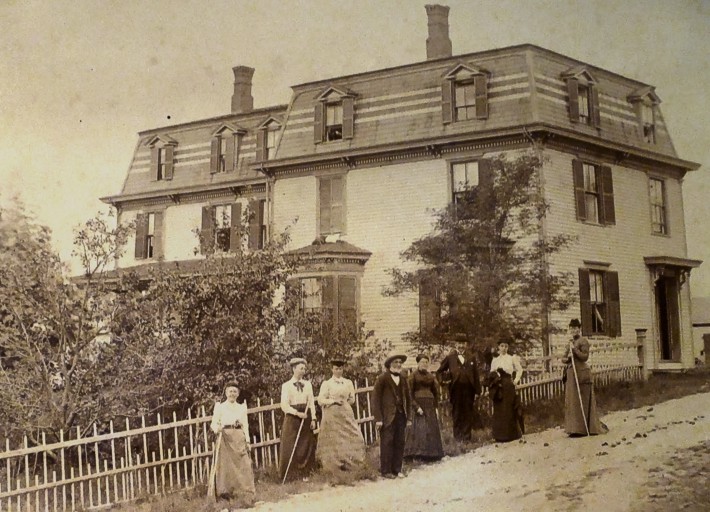